PROJECT DESCRIPTION
The University of Nebraska at Omaha (UNO) Milo Bail Student Center first opened its doors in 1960 and has undergone multiple additions and renovations over the years. Alvine Engineering provided MEP services for the 1996 addition and was retained to help again with this architectural addition/renovation and building systems upgrade.

The project includes the following upgrades for energy efficiency: 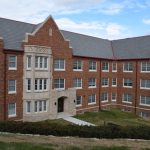 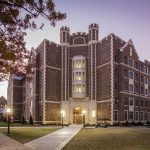