“Preservation is simply having the good sense to hold onto things that are well designed, that link us with our past in a meaningful way, and that have plenty of good use left in them.” – Richard Moe, National Trust for Historic Preservation

Buildings can be one of the most difficult pieces of history to preserve and many can be difficult to adapt to modern technology while preserving the original historical elements. This is especially true of engineering systems as many of these historical buildings were built long before modern amenities, such as air conditioning, were even considered possible. However, mechanical, electrical, and plumbing (MEP) systems are essential in these historical buildings in order to preserve them from fire damage through the addition of fire sprinklers, and protect them from the elements through heating, ventilating, and air conditioning (HVAC) systems that stabilize temperature and humidity.

What is historic preservation engineering?

Historic preservation engineering can cover all engineering disciplines from structural engineering to stabilize a building to electrical engineering to provide power to a structure built before electricity was widely used. Depending on how thorough the project, materials testing may be done to better repair damaged pieces or replace missing ones. As Steve Alvine, P.E., LEED AP, a member of the Board of Directors at Alvine Engineering, explains, “One big goal of historic preservation is to retain and protect as much of the ‘original historic fabric’ of the building as possible.” 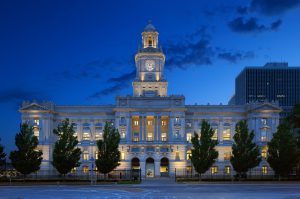 This presents special challenges for MEP engineering as historic preservation projects often mean going to great lengths to limit damage done to the original plaster, wood, and wall/ceiling finishes during installation. However, these MEP systems are essential, especially in controlling environmental elements, such as humidity. Water damage through rain or faulty plumbing may be what first comes to mind, but humidity can cause just as much damage to historic buildings in warmer months and winter months when it freezes.

Unique challenges require creative engineering solutions. Flexible tubing can be used as piping in a wall or ceiling cavity to route fire alarm wiring or be the water pipe for a sprinkler system. This solution can provide the building with necessary protection while minimizing damage done to the historic walls during installation of modern systems. Fire protection and security systems also have the added challenge of being placed effectively with as little impact as possible on the historical aesthetic of the space.

Historic preservation can take place on the exterior, as well as the interior, in structures as small as a shack and as big as castles. Some projects are all about preserving the history of the building, such as stabilizing temperature and humidity to reduce stress on old plaster or keep metal from rusting. Priceless works of art, such as murals and even organs, are also greatly affected by environmental conditions that need to be artificially regulated.

Other historic preservation projects focus on upgrading the safety and security systems or highlighting the historical character of the structure. In the case of the Polk County Courthouse in Des Moines, Iowa, an extensive restoration project involved cleaning, repairing, and sealing the limestone that makes up the building’s exterior. Once this was completed, high-efficiency lighting was installed to highlight the courthouse’s historical architecture.

While restoration can be limited to cleaning and repairing the finishes of surfaces or replacing historical pieces with replicas, a preservation project can include a full transformation. Because many historic buildings have had additions or modifications throughout the years, returning it to its original glory may involve demolition of these additions and modifications. The Burlington Rail and Commerce Center project was a full renovation, turning an almost 100-year-old abandoned building into a modern hub for business collaboration. The design team salvaged as many of the original 1926 features as possible, leading to unique focal points such as the two-story mail chute and a steel vault door, while providing the comfort and technology necessary for up to 90 small and start-up businesses. 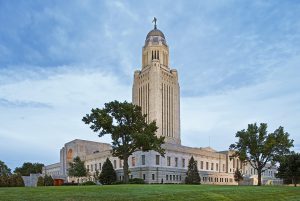 One of the most extensive historic preservation projects currently underway in Nebraska is the HVAC system renovation taking place in the Nebraska State Capitol. As Paul Bauman, P.E., LEED AP BD+C, a project manager at Alvine Engineering, explains,  “A focus of our work at the Capitol has been to design new MEP and fire protection systems which can be installed with minimal impact to the original aesthetic design intent of the Capitol.”

Technically the third capitol building built in Lincoln, this building took 10 years to construct and was completed in 1932. With a base pedestal of three stories and a high tower ending on the 15th floor below the dome, the high-rise Capitol is a registered historic landmark with highly ornate preservation areas including State Supreme and Appellate Courts, Governor’s office suite, and legislative chambers.[1]

Steve Alvine and Paul Bauman have been key members of the MEP engineering team working to preserve this Nebraska icon and share some of the solutions used by the team throughout the process. Because the Capitol serves such a vital role, it cannot simply be closed for construction. For this reason, the team developed a construction phasing sequence to allow each part of the complex HVAC systems to be replaced piece-by-piece. This required extensive planning and coordination between all team members throughout each phase to keep the existing systems operating while new systems are installed. 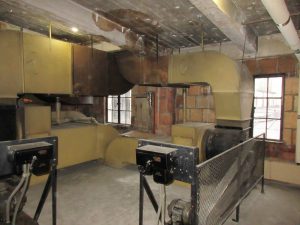 Where possible, original elements throughout the building, such as the 1920s ductwork, were retained, cleaned, and reused. This was the case with the original copper ductwork that leads to the third floor roof hoods. Where original elements could not be reused, the design team came up with a variety of innovative alternatives.

One such alternative was a new water-cooled geothermal variable refrigerant flow (VRF) system, which is used in the Capitol’s HVAC system, and serves all the offices. The Capitol’s overall structure makes routing ducts through the building very challenging; however, the VRF system allows for piping, rather than ducts. This not only makes it more adaptable to historic structures than traditional air handling units, but had another key benefit, as well. “In removing the ducted HVAC system from 1964,” Alvine reveals, “the project exposed and restored original ceilings and crown moldings hidden for over 50 years.”

Bauman goes into further detail, saying, “One important goal of the project is to recover and restore floors, walls, and ceilings which were covered with induction unit systems, chases, soffits, and dropped ceilings over the years.” Spacing has been a recurring challenge throughout the State Capitol historic preservation project. In the Capitol’s first floor corridors, the ductwork installed in the 1960s could not fit above the original plaster ceiling, so it was covered up. The current renovation replaced the clunky ductwork with VRF piping and restored the original plaster ceiling. 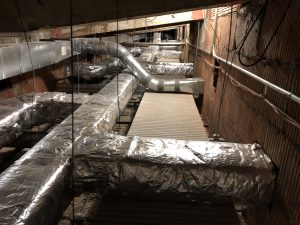 Other unique solutions to overcome site constraints included designing HVAC equipment to be carried up narrow stairs and through temporary wall openings to get to third floor mechanical rooms. In the second floor attic spaces, MEP and fire protection systems were designed to allow for a new catwalk system that will improve access and limit foot traffic on the historic coffered plaster ceilings below.

Fire protection in historical areas is especially difficult because so many factors need to be taken into account. First and foremost, they must be protected, not only from fire and smoke damage, but water damage, as well. For this reason, standard wet-pipe fire sprinklers are not always the best answer. In the case of the Nebraska State Capitol, many of these water-sensitive areas used a very early smoke detection apparatus (VESDA) system instead. In the areas that do use fire sprinklers, special care must be taken to ensure that the sprinkler heads do not distract from the original historical aesthetic of the space. For this reason, a combination of sprinkler heads may be used, including concealed and recessed versions.

Fire protection for the Nebraska State Capitol has proved to be a special challenge. For most of its history, the fire suppression system consisted of water tanks on the 15th floor, just below the dome, and an original fire pump in the basement. In the tower, these tanks provided water for both domestic and fire use. Modernizations include the design of a new fire pump system, engineering of the fire sprinkler system in the tower, and design of a new fire service entrance to the Capitol, separating it from the domestic service. Fire sprinklers are also being installed in three base floors that were never sprinklered and additional fire protection work is planned and being completed for sprinkler installation in other unprotected areas such as mechanical rooms, some basement areas, and non-public parts of the tower.

By the time the Nebraska State Capitol HVAC historic preservation project completes in 2026, the structure will have the systems of a 21st-century building and an aesthetic straight out of the 1920s. 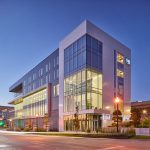 What Does a WELL-Designed Building Look Like?Ask Alvine Engineering 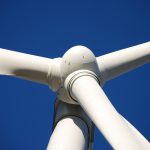