This year, we celebrate three years at 1201 Cass Street and our 60th anniversary as a company. As we take this year to reminisce over the last six decades, we are humbled by the different places that we have established roots in downtown Omaha, the engineering innovation that has taken place, and the unforgettable memories.

In 1961, mechanical engineer, Raymond Alvine, founded Raymond G. Alvine and Associates Inc. on July 10th. The one-man mechanical consulting firm called a small 10’ by 20’ space at Aquila Court (now the Magnolia Hotel) in Omaha, Nebraska headquarters. The first office equipment list had only three items: a rotary phone, radio, and coffee pot. This office was also where Ray acquired his first job as a business owner — a 50-bed hospital in Aurora, Nebraska. By the end of that year, the firm had grown to three employees — Ray Alvine; Dorothy Alvine; and an electrical engineer, Charlie Werp.

Over the next 20 years, the space at Aquila Court became more than just an engineering office. It became a place where staff became master drafters and pioneered the use of new technology. This is the place where a team of three turned into a team of 30. And where Ray and his team developed the start of decades-long relationships with clients, architects, and communities that we still have today.

By the 1980s, the firm now known as Alvine and Associates had outgrown the office at Aquila Court. Embracing our commitment to downtown Omaha and passion for historic preservation, we chose two buildings located on the Gene Leahy Mall that were originally constructed in 1891 for our new space. Alvine’s 30 employees filled one of the four combined floors when they moved in and the two bottom floors were renovated for other tenants. However, as the firm grew, we eventually occupied all of 1102 Douglas.

During this time, Alvine and Associates welcomed in the “digital age” and became one of the first firms in the Midwest to integrate computers and software into our engineering practice. After leading Alvine and Associates for 25 years, Ray began to transition roles. His sons, Steve and Doug, returned to Nebraska after beginning their careers in Denver and joined the firm as staff engineers. They worked to learn both the profession and business, becoming the firm’s new owners in 1990.

For nearly 30 years, 1102 Douglas remained a place of growth where Alvine and Associates went from 30 employees to over 100. As the company grew, so did the engineering services we offer and our geographic impact across the United States. We embraced the role of technology in the built environment with IP Design Group and when it came time to move again, we let innovation be our guide.

In 2018, Alvine and Associates opened a new corporate headquarters at 1201 Cass Street in downtown Omaha, right across the street from the famous College World Series stadium. The headquarters space was the first ground-up corporate headquarters project to be both WELL-designed and achieve Wired Certified Platinum in the state of Nebraska. The space was designed to be a “living, learning lab” where professional, student, and community groups have the opportunity to visit the office and see engineering design in action.

For example, we incorporated wayfinding through lighting, encouraging people to be active and take the stairs instead of using the elevator. Our reception desk features color-changing luminaires that illustrates biophilia, which is the idea that humans are naturally inclined to connect with nature. The desk’s luminaires use a custom control scheme developed by our lighting design team that gathers data from a custom lookup table fed by an outside air temperature sensor and a weather station anemometer. It adjusts the Red, Green, Blue, and Amber LED values based on the air temperature (blue at cooler temperatures ranging through green and yellow to red at hot temperatures).

While our new space incorporates the latest systems and technology, we also kept a little history in view. On the second floor of the building, a case holds original design drawings dating back to the firm’s first projects in 1961 for everyone to see. While in this space, our team has grown to over 130 employees and we have expanded our geographical footprint all over the United States. We have been apart of projects that have changed cityscapes, such as our work over the past five years in Nashville. 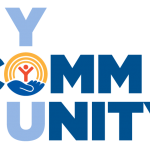 United Way of the Midlands: The Power of YouNews