What time is it? Tool time!

In honor of Alvine and Associates 60th anniversary this year, we thought we’d jump in a time machine and take a look at some of our favorite engineering tools used by our employees back in the day! 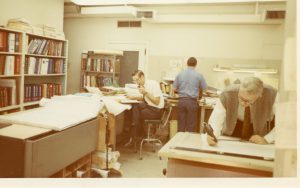 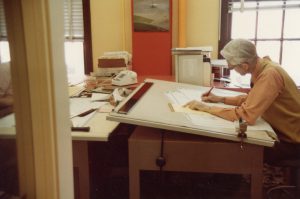 Beginning of an Era

­­In addition to this equipment, the team relied on their engineering and artistic skills to bring their first project, a 50-bed hospital in Aurora, Nebraska, to life. Engineering tools such as drawing tables (like the one pictured above), slide rules, scales, electric erasers, eraser bags (also called scum bags), drafting desks, parallel bars, lead holders, and vellum or Mylar sheets were all used by engineers and designers throughout the 1960s and into the 1970s.

It’s All Adding Up

While groovy disco songs hummed over the office radio in the 1970s, so did the sound of the clacking of the new engineering calculator, which allowed staff to put down their slide rules and adding machines. While some still preferred other methods, the majority quickly adopted the calculator, giving engineers and designers the ability to make precise calculations more efficiently and positively impact project schedules. 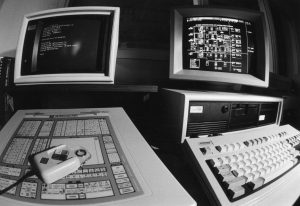 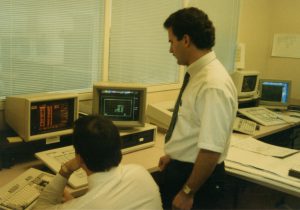 Not only did the 80s have big hair, but the decade also had some big computers! Ray Alvine recognized the importance of computers and their potential to push innovation within the architecture and engineering industry. Alvine and Associates was among the first engineering firms in the Midwest to integrate computers and software into everyday engineering practice. Overall, the 1980s saw significant milestones with the founding of Autodesk in 1982, which led to AutoCAD – industry-standard software today – and Pro/ENGINEER in 1987, which paved the way for 3D modeling. 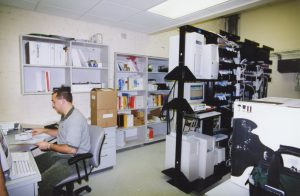 While the 2000s ushered in a millennium filled with new technology, fashion, and music, it was obvious that one engineering tool was not going away. Building Information Modeling (BIM) was here to say. BIM jumped into the 2000s with the introduction of Revit, which allowed for even more lifelike renderings and quickly became the new standard. Alvine and Associates was one of the first firms to embrace modeling engineering systems in Revit and became experts that other industry leaders turned to for advice and training. BIM remains a staple in the industry, and our office, today.

While some things have changed, a few things haven’t. Our employees still use phones (maybe not rotary ones), coffee pots, calculators, and computers to help us design innovative systems for the built environment. And we are still committed to staying on the leading edge of industry innovation with advances like the WELL Building Standard.

Want to learn more about the early days of Alvine and Associates? Check out Raymond G. Alvine: A Pioneer of Engineering and follow along on Facebook as we share more memories and photos from our 60-year journey. 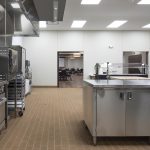 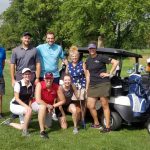